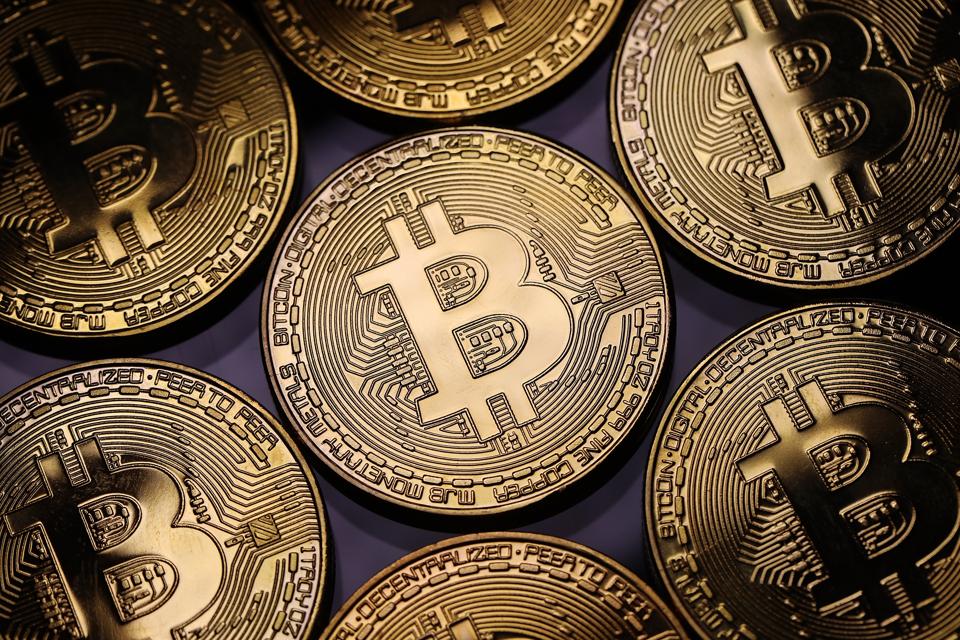 Cryptocurrencies and especially Bitcoin more than caught the attention of investors in 2017, they became infatuated with it. Bitcoin started the year at $963.38 and ended at $13,850.40 for a gain of 1,338%. It nearly reached $20,000 coming close at $19,870.62 on December 17th. This has led to Bitcoin and other cryptocurrencies getting huge media exposure and the creation of thousands of new ones. (Note for this article I’ve abbreviated cryptocurrencies as CCs).

There are many reasons that CCs could increase or fall in value but the underlying reason will be supply and demand. To get a handle on what could drive the price of Bitcoin significantly higher I’ve outlined 9 reasons below. I’ve arbitrarily picked $100,000 as I’ve also heard that it could go to $1 million but I suspect that is to get media attention.

At most there will be 21 million Bitcoins (or there are supposed to only be 21 million) “mined” or created. The first one was mined on January 3, 2009 and there are currently about 16.8 million in “circulation”.

As you can see from the logarithmic chart below it is becoming harder to create additional Bitcoins. Having it be harder to mine along with a limit on how many can be created makes the supply side come into play.

Number of Bitcoins in circulation

What is unique to Bitcoin vs. other CCs is that it was the first one invented, gained acceptance by investors and businesses and has received the most media attention. New companies have formed to support and trade it, which has led others to take notice and try and cash in on the hype.

Since there isn’t anything physically attributable to Bitcoin having these qualities has been a huge help for it to gain traction. I am counting these three as one reason as they have a synergistic effect on each other and help create demand.

FOMO or Fear of missing out

The fear of missing out or FOMO has helped to create a lemming effect. Investors don’t want to miss out on the next big thing and to a degree also want bragging rights that they own Bitcoin.

It was reported by CNBC that Coinbase, a CC exchange, had 11.7 million accounts in October last year compared to Schwab’s 10.6 million. It increased in November adding 300,000 in one week to get to 13.3 million. If this isn’t a rush to participate nothing is.

People lose and misplace things they own and amazingly enough it also happens with CC keys. While CCs are secure if the owner loses, misplaces or sometimes donates the computer device that has the CC key it is probably lost forever. Kimberly Grauer, Chief Economist at Chainalysis, estimates that 23% of CC keys have been lost which lowers the supply.

The CBOE or Chicago Board Options Exchange and the CME Group started to make a market in Bitcoin options last December. Fidelity announced that besides making small investments in CC companies it also had a small mining operation. When you add reports that Goldman Sachs could start trading CCs it makes investors feel more comfortable committing capital and create demand. These large financial institutions wouldn’t be putting resources and people into CCs if they didn’t feel they weren’t viable.

Harder and costlier to mine them

Bitcoin mining was set up so that as more are created it becomes harder to produce the next one. And since mining is accomplished solely by computers it is taking more compute power to create them. This leads to higher system and energy costs.

CNBC had a television segment last week showing a very large mining operation in Washington state where electricity costs are very low. The cost to create a new Bitcoin was about $3,500 so with a price that is $10,000 higher it is very profitable to do so. If mining costs increase it could slow down how fast new Bitcoins are created which would put a damper on its short-term supply.

Hoarding of Bitcoins could occur as their owners expect their value to increase. While this could limit the supply of Bitcoins this can occur with any asset. At some price owners will decide to part with them.

The US dollar is considered the “safest” currency in the world since it has the full faith and support of the US government. That being said there are a number of people and I suspect a growing number that look to Bitcoin and other CCs as a safe haven in times of trouble. Bitcoin has started to gain traction with people who live or send money to countries whose governments they don’t trust such as Zimbabwe or where inflation is very high, for example Venezuela.

Unfortunately Bitcoin and other CCs have been and I believe will continue to be used for illegal activities. Since Bitcoin users can remain anonymous and can work from anywhere in the world this could lead to an increase in demand for them least at the margin.

As with most assets there is no definite answer and especially with such a new and unique one. One thought to kick around is that we trust the computer bits that show how many shares of a company we own, how much cash we have at the bank and the credit card charges and payments for the stuff we buy. To a large degree these are computer bits stored as various locations. Bitcoin and other CCs are similar in this respect. 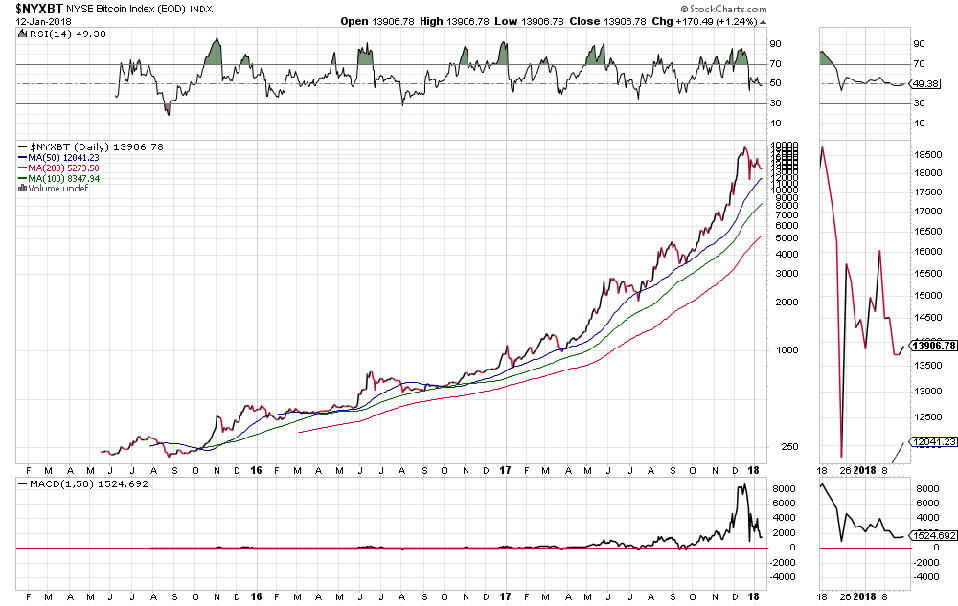 Bitcoin price chart
You can check out my other Forbes.com articles “3 Reasons To Not Get Excited About Seagate’s Investment In Ripple/XRP” and “Kodak And Long Island Ice Tea Embracing Blockchain Is Just Like Dot Com In 1999. It Didn’t End Well.” regarding digital currencies.

Follow me on Twitter @sandhillinsight, find my other Forbes posts here or join the LinkedIn group Apple Independent Research to get real-time posts.