Apple Arcade could change how mobile apps do business

New York (CNN Business)Pac-Man. Lego. Sonic the Hedgehog. An apocalyptic world where you work to survive along with the help of your trusty dog, Frosty.

All those games are found in Apple Arcade, Apple’s new game subscription service that costs $4.99 and launches on September 19 for iPhone.

It will have a catalog of over 100 games, with more to be added over time. Eventually it will be compatible with iPad, Apple TV and Mac.

Five dollars a month might seem cheap, but depending on adoption rates, it could be incredibly lucrative for Apple (AAPL). An estimated 50 million people could subscribe to Arcade within the next two years, according to Joost van Dreunen, managing director at SuperData, a Nielsen company that analyzes the video game industry.

At $4.99 per person, that’s $250 million for Apple each month, Dreunen estimated. It could be an even bigger audience, if some people use family-sharing plans get more members of their family playing as well.

“It’s a genius model,” said Dreunen. “Say they spent $200 to $300 million on content today. And then they just make $50 to $250 million a month on subscription fees. They break even on this deal three months later. By December, they’re starting to make a profit.”

The Arcade catalog is getting well-known franchises like Pac-Man and Lego, as well as a host of more unfamiliar indie games and new releases from big publishers like Square Enix and Ubisoft. 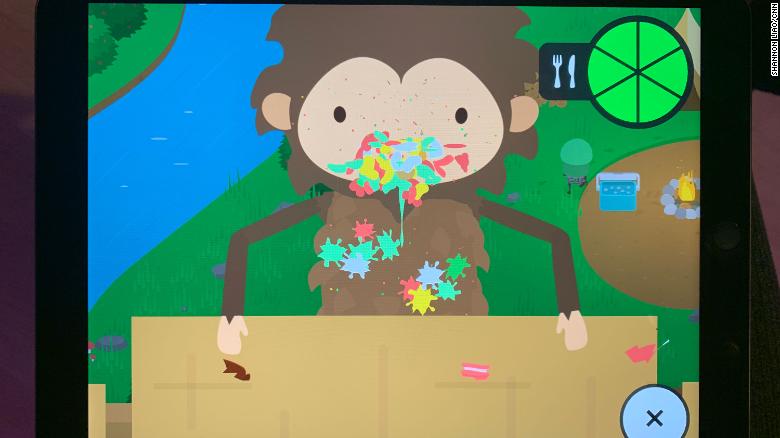 In “Sneaky Sasquatch,” you can play a hungry sasquatch who’s also a messy eater.
Many of the games are aimed at casual players, like “Skate City,” from Toronto-based developer Snowman, where you power a skater to ride the streets of Oslo, Norway or Los Angeles and complete tricks over stairs and ramps. Some titles are designed for children like “Sneaky Sasquatch” where you play a sasquatch who goes around stealing food and being silly. 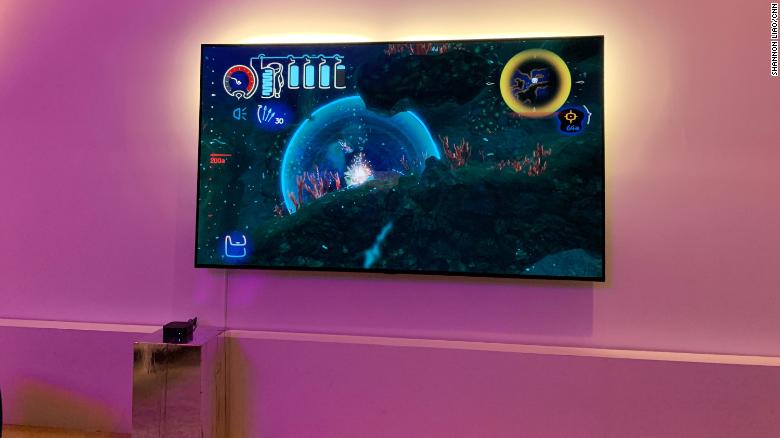 In “Shinsekai,” by the publisher of “Resident Evil” and “Street Fighter” franchises, you play a lone underwater survivor of the apocalypse, and oxygen is a precious resource.
Some of these games were in production for years before the developers started working with Apple to get them added into the Arcade catalog.
For a lot of the indie titles, Apple Arcade offers them some much-needed marketing and attention. The Arcade gets its own section in the App Store and will spotlight games that normally would have to compete in a much bigger sea of apps in a saturated market. 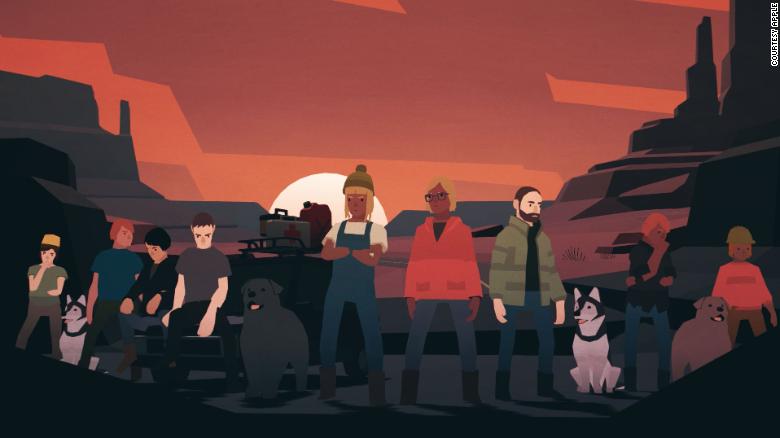 The cast of “Overland,” an indie game by Finji, which changes depending on your playthroughs and is computer-generated from a selection of assets.
“If indie developers just put their game out into the wild on the platform, it’s up to people being able to discover their game,” said Randy Nelson, head of mobile insights at analytics firm Sensor Tower. “With Apple Arcade, you have this prestigious catalog of games that were selected by Apple. So there’s a reasonable assumption of quality there.”
Apple would not share details of the deals and how much of the $5 the developers would each receive but it is subsidizing development costs for the studios. It’s also continuing to negotiate more deals with other developers.
It could also shift the way that mobile apps do business.
Usually indie games cost a few dollars to buy in the App Store, and they don’t appear on the top-grossing charts, which remains dominated by free-to-play games.
“Candy Crush Saga,” “Fortnite,” and others rule the App Store, offering free downloads at the cost of microtransactions and mini-paywalls built inside the games to create a demand for virtual items.
Apple Arcade games won’t have any microtransactions. 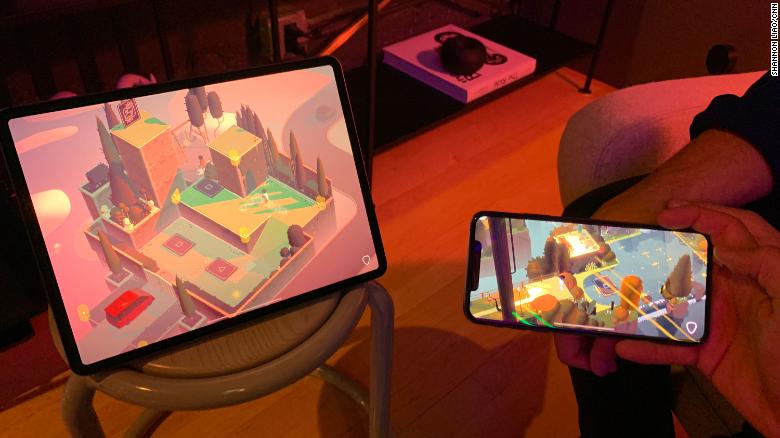 “Where Cards Fall,” a thought-provoking puzzle game by The Game Band and Snowman, can be played on a variety of platforms.
“I think this is why Apple is releasing Apple Arcade: they understand that there’s a demand or a need in the market for a more premium service,” said Candice Mudrick, head of market analysis at analytics firm Newzoo. “It also frees the developer to make a game without necessarily needing to think about monetization mechanics in it.”
Still, it will be a slow process to woo consumers, analysts predict. People have been spoiled by free games.
“You’re going to have to get people out of the mindset that all games on mobile should be free to download. That might take a bit longer,” said Amir Ghodrati, director of market insights at mobile analytics platform App Annie.
Apple is likely to promote extensively. “You’re going to see a lot of people signing up for the one-month free trial,” said Sensor Tower’s Nelson. “It will probably take a long time for this to really bear fruit. But you have to start somewhere.”
Source:- cnn
Share: