California will burn until it rains Wildfires are spreading unchecked across Southern California, adding more infernos to the state’s worst fire season on record. A warm, dry fall in Southern California and strong offshore winds combined to create dangerous fire conditions that will probably get worse. As the winds continue to blow, a dome of warm, high-pressure air is forming over the West Coast that could keep California dry and flammable for weeks to come.

The largest fire burning in Southern California started in the foothills of Ventura County on Monday evening. Called the “Thomas fire,” it spread overnight to burn more than 65,000acres, jumped the 101 freeway, and was stopped only by the Pacific Ocean, the LA Timesreports. Four more fires are raging from San Bernardino to Santa Clarita.

Hot, dry winds blowing up to 70 miles per hour across Southern California are fanning the flames, but those aren’t unusual for December, says Daniel Swain, a climate scientist at the University of California Los Angeles and writer of the Weather West blog. Called the Santa Ana winds, these southern counterparts to Northern California’s Diablo winds tend to kick up during the fall and continue through the winter. 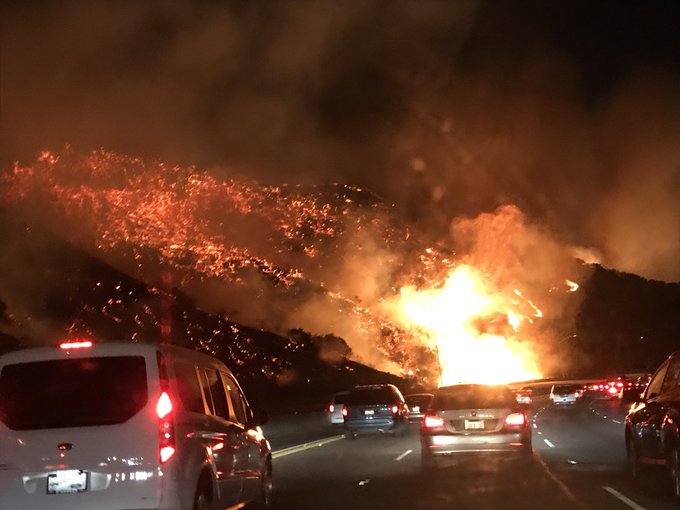 But something unusual is happening: Southern California’s warm winter dry spell, Swain says. “By this time of year, usually, there’s been some rain that’s wetted things down,” he says in a telephone interview, speaking over the Santa Ana winds howling in the background. “It’s just as dry as it was in the summer months.”

California gets most of its rain between October and May from storms that roll in from the Pacific, riding a highway of strong winds in the upper atmosphere called the jet stream. By now, LA should have been sprinkled by about two inches of rain, National Weather Service meteorologist John Dumas told the LA Times. But so far it’s only seen about 5 percent of that, amounting to about one-tenth of an inch. Burbank, California, has seen even less, says National Weather Service meteorologist David Sweet. Despite the rain that’s been showering Northern California, the bottom part of the state is abnormally dry; certain areas are even experiencing a moderate drought. “We’re quite parched,” Sweet says. 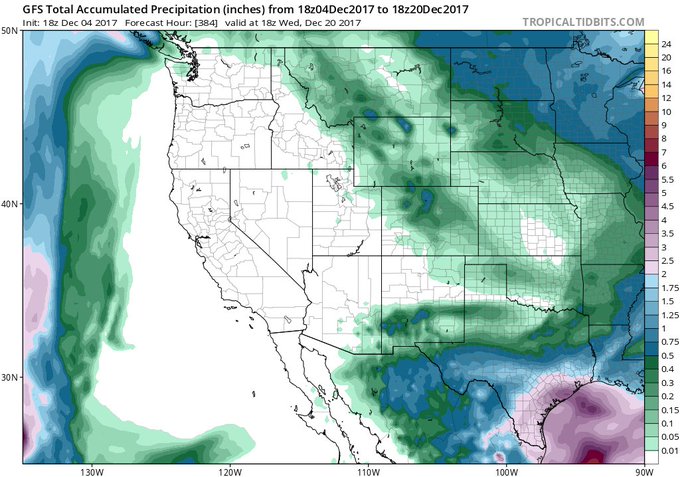 This is the same atmospheric phenomenon that squatted over the state for three winters in a row during California’s record-setting, five-year drought. “The real question is how long it persists,” Swains says. During the drought, these ridges lasted for months at a time — but we don’t know what’s in store for this new one. Even worse news: these atmospheric ridges are getting more common — possibly thanks to human-caused global warming, Swain and his colleagues reported in a 2016 study. 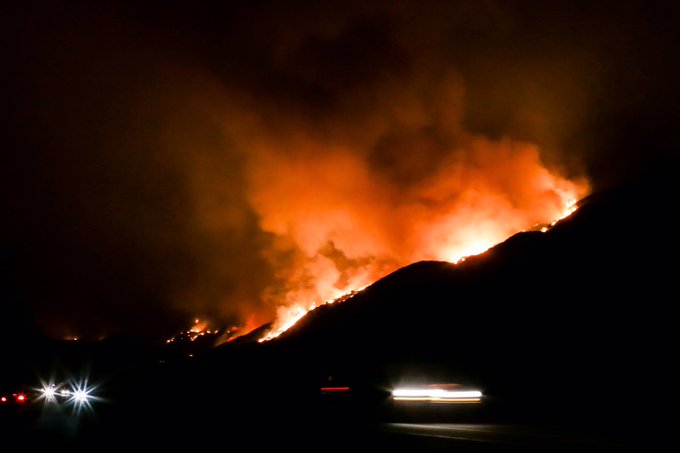 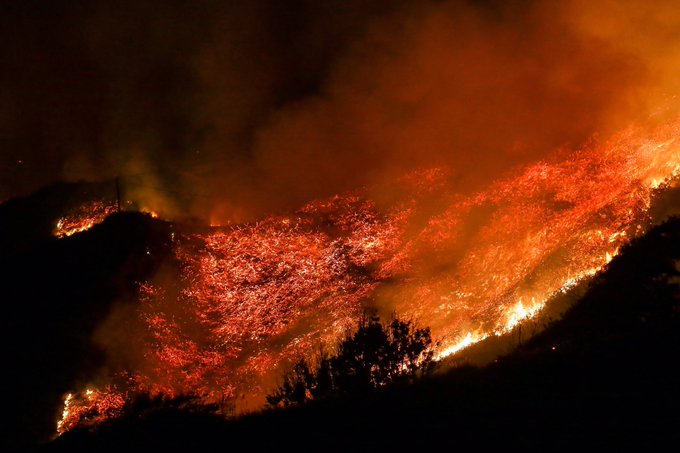 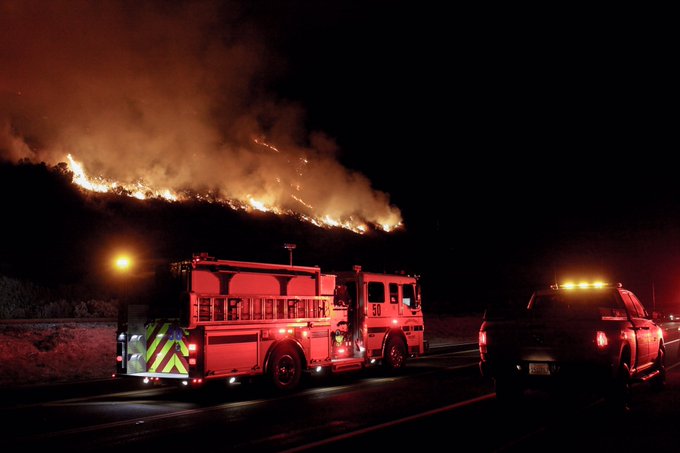 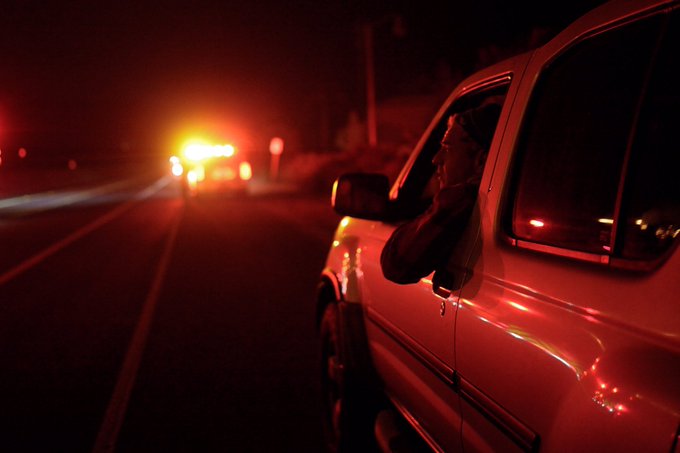 And they could become even more frequent in the future as the polar ice melts, new research says. Scientists led by Ivana Cvijanovic at Lawrence Livermore National Laboratory modeled how dwindling Arctic sea ice could affect the global climate over the coming decades. They found that as the sea ice melts, the Arctic warms — starting a chain reaction that ultimately helps these atmospheric ridges form over the North Pacific, blocking rain from falling on California. That doesn’t just make drought more common, it’s also possible that it could also make fire seasons last longer.

The findings, described in a new study published Tuesday in the journal Nature Communications, are a hint of what’s to come — but they’re not a prediction of the future, Cvijanovic cautions. Other shifts in air pollution, greenhouse gasses, and even volcanic activity over the coming decades could also change how much rain falls on California. (In fact, another recent study suggests climate change could make California wetter.)

What’s clear for now is that the dry, windy weather forecast for Southern California means that the firefighters struggling to stop the flames have a long battle ahead of them. “The fire season in Southern California stops when you get enough rain that everything gets wet and turns plump and green,” says Bill Stewart, a forestry specialist at UC Berkeley. “That’s the only thing that’s going to change the system down there.” 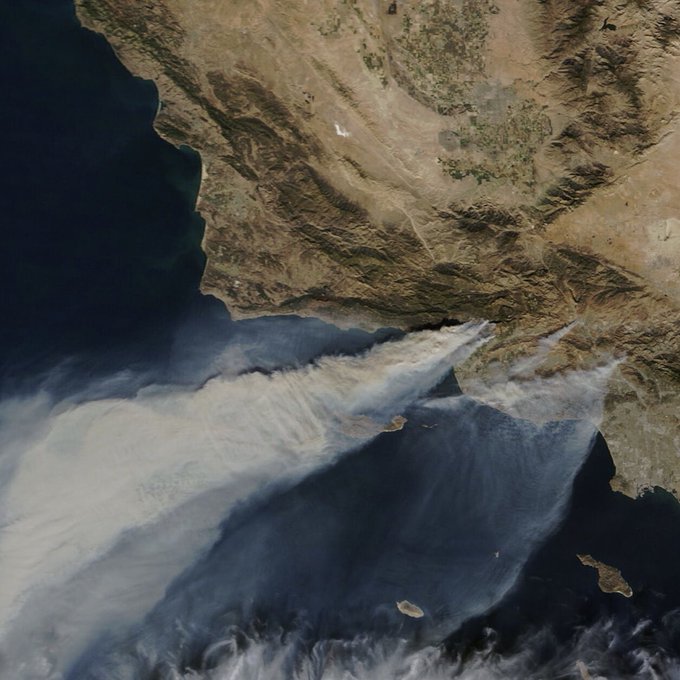