Android’s default messaging client for 2018—”Messages”—is getting a Web client today. Google announced the feature launch on the official Google blog, which says “Messages for Web” will roll out to everyone over the next week. Android Messages started as a simple SMS app, but, with the Web client, it is turning into Google’s ninth messaging service after (deep breath) Google Talk, Google Voice, Buzz, Google+ Messenger, Hangouts, Spaces, Allo, and the Slack-like Hangouts Chat.

We first heard about Messages for Web two months ago when it was announced that Google messaging service #7—Google Allo—was going to be abandoned after just a year and a half after launch. With Allo dead, the team moved over to Android Messages to focus on beefing up the app with some of the better Allo features, like this Web interface. Since Android Messages is just an SMS/RCS app, this meant Google would essentially cede control of Android messaging to the cell carriers and give up on building an over-the-top messaging service. 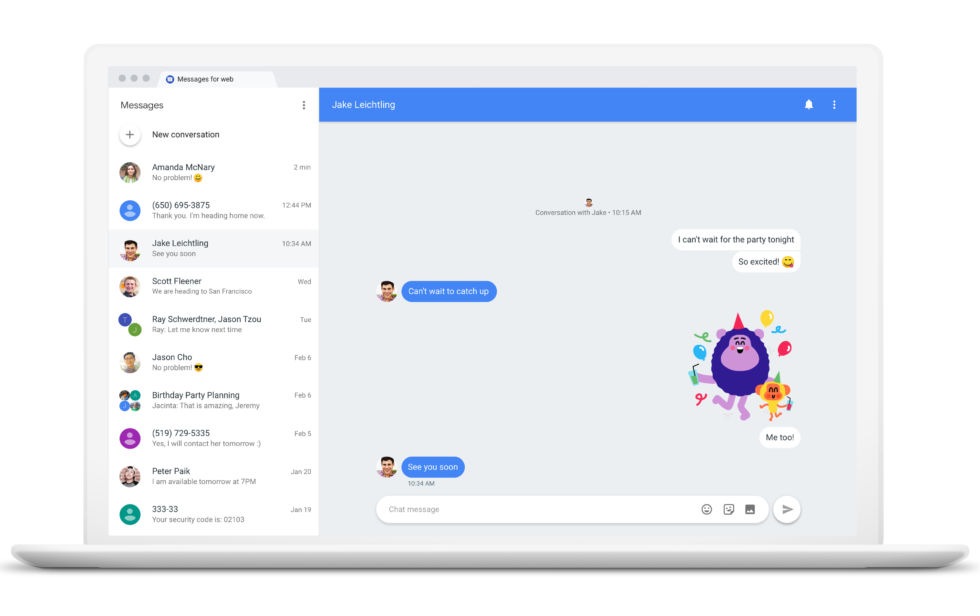 The website for Android Messages, Messages.android.com, is out today, and if the corresponding server-side update is live for your phone app, you’ll be able to tap on the menu button in Messages and open “Messages for Web.” Just like Google Allo, Android Messages bizarrely uses a QR-code based login system instead of your Google account, which comes with the major downside of only being able to log into one computer at a time. It’s tied to your phone number, so you’d better keep ahold of those 10 digits if you switch carriers. You also can’t use it if your phone is dead, since you won’t be able to log in.

Like all of Google’s recent messaging efforts, the functionality of Messages is much worse than Google Hangouts, the messaging system it’s slowly supposed to be replacing. Google Hangouts already has Web support via Gmail.com and hangouts.google.com, and since Hangouts is tied only to your Google account, you can be logged in to multiple devices—phones or computers—at the same time. Since Android Messages only has a Web client, there’s no easy way to have a computer be connected 24/7, as is possible with Hangouts’ always-on Chrome app.