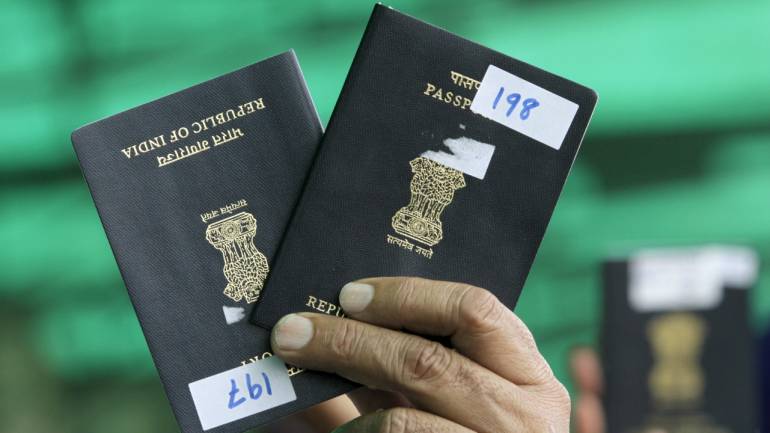 With the External Affairs Ministry deciding to issue a different coloured passport for certain categories, and discontinue printing of the last page, the Indian passport will look different.

The External Affairs Ministry, in a statement, said it has decided not to print the last page of the travel document with the address of the holder, and also to issue an orange jacket passport to holders with ECR (Emigration Check Required) status.  Those will non-ECR status will continue to be issued the blue passport.

“As the last page of the passport would not be printed now, the passport holders with ECR (Emigration Check Required) status would be issued a passport with orange passport jacket and those with non-ECR status would continue to get a blue passport,” the MEA said in an statement.

All the Indian passports are either endorsed with an ‘Emigration Check Required (ECR)’ status or with ‘Emigration Check Not Required (ECNR)’ status. In cases where an Indian citizen leaves the country with an intent of taking up employment in certain foreign countries, the passport holders with ECR status require to provide additional documents for verification.

The removal of the last page that includes the father or legal guardian’s name, the names of the holder’s mother, spouse and their address, would mean that passports may no longer serve as a valid proof of address.

The move also helps resolve various issues “pertaining to passport applications including examination of where mother/child had insisted that the name of the father should not be mentioned in the passport and also relating to passport issues to children with single parent and to adopted children”, according to the statement.

The Indian Security Press (ISP), Nasik, would be designing the new passport booklets in due course.

“Till such time the new passport booklets are designed, manufactured and made available to the ministry by ISP, Nashik, the passports and other travel documents would continue to be printed with the last page,” the MEA said.