A half-century after landing the first humans on the Moon, NASA is looking to put people back on the lunar surface, but this time the agency has an even more ambitious deadline to meet. The goal is to send humans back to the Moon by 2024, a mere five years from now. NASA has a whole lot more hardware to develop this time — which leaves many wondering if such an extremely ambitious lunar return can be done.

NASA’s plan to return to the Moon is called Artemis, and like Apollo, the program requires a giant rocket as well as landers to take people to the lunar surface. Perhaps the biggest thing that sets Artemis apart from the Apollo program is that this time, the emphasis is on sustainability. Rather than just send people to walk around the Moon for a few hours, NASA wants to build some kind of sustainable outpost near the lunar surface for the foreseeable future. That’s why Artemis includes a separate component dubbed the Gateway — a space station meant to be built in orbit around the Moon. Instead of people traveling directly to the lunar surface from Earth, they’d travel to the Gateway first and then travel in landers to the Moon.

Some of the hardware needed for Artemis is already deep into development. A massive rocket called the Space Launch System and a deep space crew capsule called Orion have both been in the works for about a decade. Together, they’re supposed to fly for the first time in 2021. But both the Gateway and the landers needed for Artemis are just getting underway.

It’s not enough just to build this hardware — it will all have to be tested, too. It’s a lot to get done, and much of the success of this project hinges on whether NASA can get the money it needs to pull it off. The fact that the NASA administrator continues to shake up personnel assignments isn’t a good sign either. Three high-ranking NASA officials have either left or been reassigned in the last few months. Reassignments within the agency are typically a big red flag that NASA is not happy with the way things are being run, and NASA administrator Jim Bridenstine has said he hopes to get new leaders who can provide better cost and schedule estimates.

Bridenstine insists the architecture for Artemis is staying the same for now, despite the leadership shakeup. Any drastic changes would certainly affect the possibilities for success. But even without any major shifts, it will be very incredible if this ambitious Moon plan can be pulled off at all. 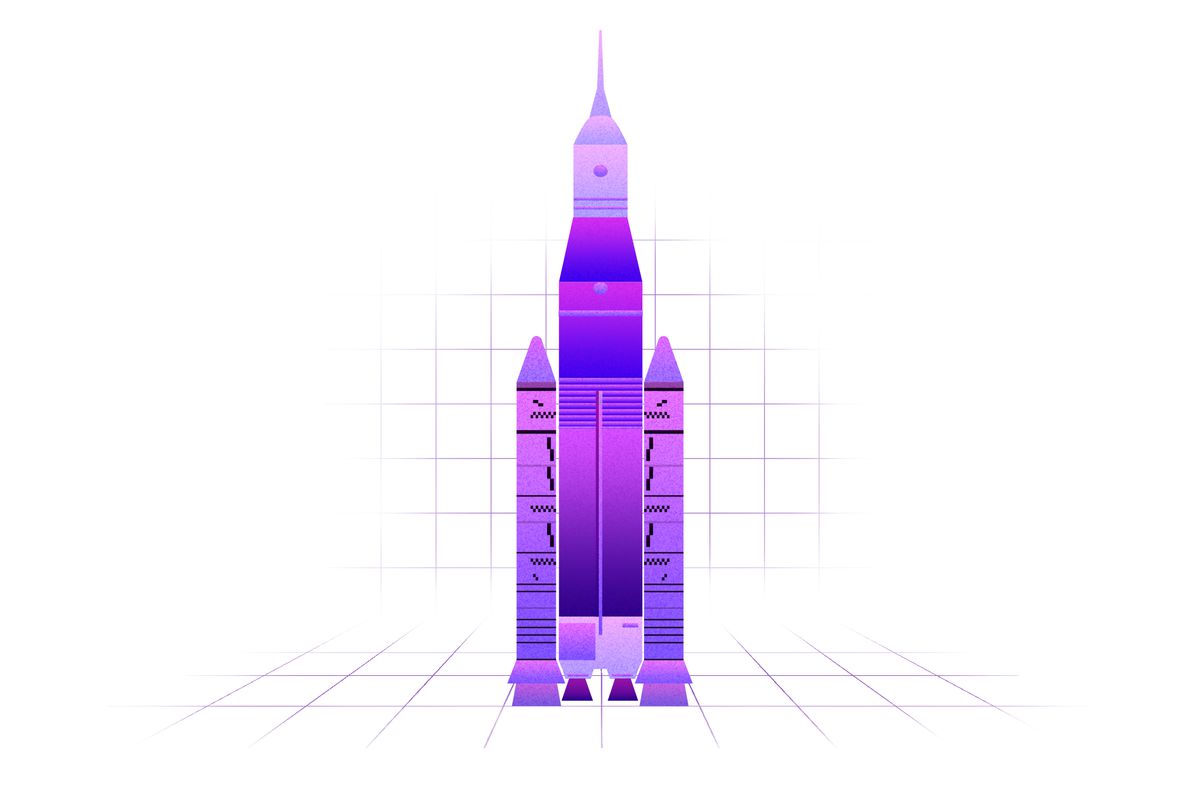 THE TRANSPORTATION
Artemis is essentially being built around the transportation hardware that NASA has been working on for more than a decade. Back when George W. Bush was president, NASA was also trying to go back to the Moon — with an initiative dubbed Constellation. For that program, the agency was working on a deep space crew capsule called Orion, as well as a massive rocket called Ares V. When Constellation was canceled under the Obama administration, those two pieces of hardware survived, with Ares V morphing into the SLS. NASA has long argued that the SLS is critical to any deep-space initiatives, as it’ll be the most powerful rocket around when finished, capable of lofting between 57,000 and 88,000 pounds to the Moon.

But even with such a big head start, neither vehicle is ready to fly. The first flight of the SLS was meant to occur as early as 2017, but it’s now looking as if this first flight will occur in 2021, according to Bridenstine. Both programs have been plagued by cost overruns and delays, which have garnered them plenty of critics who argue that NASA should rely on commercial rockets that are already flying and are cheaper to fly.

Despite the turmoil surrounding the programs, this leg of the Artemis initiative is perhaps the furthest along than anything else. NASA even considered flying Orion around the Moon using commercial rockets, like SpaceX’s Falcon Heavy and ULA’s Delta IV Heavy rocket, but the agency ultimately decided to stick with the SLS, arguing that it would have been more complex at this point to make the switch. The rocket and capsule are all but guaranteed to survive, due to well-positioned lawmakers that want the vehicles’ production to continue in their states.

Once the SLS and Orion fly on their first mission together — a test launch dubbed Artemis 1 — their next mission will carry crew on another test flight around the Moon called Artemis 2. The third flight of the pair, artfully named Artemis 3, will take people to the Gateway that NASA is planning to build, a way station that they’ll visit before descending to the Moon’s surface….Read more>>